The Clerk of Courts office is responsible for processing all the paperwork that is submitted to the court and to collect money owed to the court. The office has 13 employees and serves the communities of Barberton, Green, Norton, New Franklin, Clinton, Copley and Coventry. Diana continues to work with the judges in order help the court operate more effectively for the citizens of the municipal court district. She also continues to seek new and innovative means to enhance the office’s efficiency.

Diana is also an active member of our community. She is past President of the Magic City Kiwanis and former Lt. Governor of Kiwanis District 16.  Diana previously served on the University of Akron Economics Advisory Board, the University on the Honor's College Alumni Board and as an adjunct professor and volunteer moot court advisor and judge. 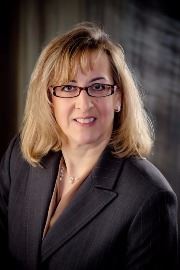